Senior T-Ball players have the opportunity to indicate their preference of playing days - at least until playoffs.  Please only "X" 1 day (if necessary), and a second one (only if absolutely necessary) as more than that will be very difficult to comply with. (We'll work with those who volunteer to coach who may even have a third playing day restriction as we do build the teams around their availability to coach.)

All of our t-Ball leagues use the 9" soft-core ball.  As of the 2009 season, we started playing all SENIOR T-Ball games with a safety-bag at first base and appropriate rule changes.

SENIOR play tends to be more competitive than Junior T-Ball, i.e. score is kept (at least for the latter part of the season), there are umpires,  and there is a season-ending wrap-up tournament. Since there may be as many as 14 players on a team and there are 11 fielding & batting positions utilized each inning, there will be some "sitting" out on a rotating basis. Note that we mandate rotation of players through all defensive positions so every player has the opportunity to play at each position. The defensive team:  Fielding positions will be assigned by matching a list of players, such as the batting order, with a list of all possible fielding positions with the outfield & Infield positions alternating. (i.e. For a team of 13: Catcher, CF, 2nd Base, RC, SIT, 1st Base, RF, Pitcher, LC, Short-stop, SIT,  LF,  3rd Base). All teams must use the official list provided by the league and keep it posted on the backstop during games.

Since 2015: Defensive players, when playing infield positions, must wear facial protection. (Each team is being supplied with the necessary safety equipment.) This is now mandatory for Senior T-Ball, Junior 3-Pitch and Senior 3-Pitch but remains optional for our Junior T-Ball league.

Again this year, following through on the grant received in 2018 from the Healthy Kids Program, we're asking that each team arranging for shared post-game snacks, have a "healthy snack" coordinator). Hopefully some of the water jugs are still available as well! 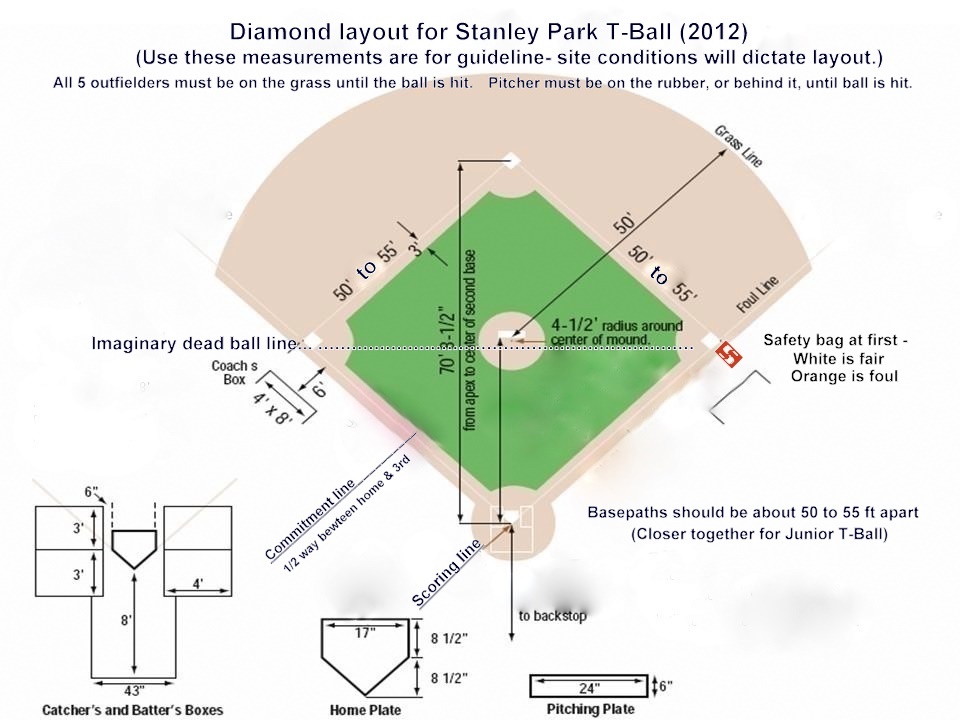 Register!
Details on our 2022 season are pending
Advertise Here!